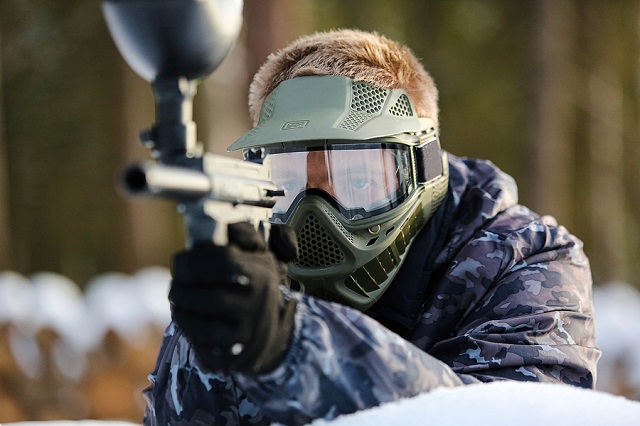 Paintball is a shooting game that requires practice and commitment to become better. A first-day player has no chances of winning in paintball against a player that has been practicing for at least a month. The game can be fun when played with friends, but it can get competitive really quickly. That is why it is important to learn the strategies that pros use in the field. Here are some professional paintball tips that will make you deadly during the games. Learn to have good aim with both hands. This will help you while peeking from your right and left sides without exposing your body to your enemies. Most people forget to learn to shoot from their weaker hand that puts them at a disadvantage during the matches.

You cannot keep camping in one place as the enemies will slowly approach your location and surround you. You also cannot keep pushing, or you will be the first target for your enemies. You must learn how to strategize with your team and push ahead. While doing so, you must keep your guard high and your gun aimed at the corners from where the enemies can peek.

Those who still have difficulty using both their hands for shooting should work to dominate the strong side. If you are good with your right hand, you should try to dominate the right side of the map. That way, you can move forward without exposing your body to your opponents.

You should always look for a hiding spot on the field. Never be out in the open to get spotted easily. Bunkers come in many forms, depending on the place you are playing. Decide which way you want to go while inspecting the field and mark all the bunkers for information.

Do not come out on top

When you are hiding in bunkers, never come out on top to expose your head for a clean shot. Instead, shoot from the side of the bunker. That way, you can have better control over your gun without exposing much of your body. You can keep switching sides to confuse your opponents.

Crawling is a fair practice in advanced paintball games. If you feel that is too much of a struggle, you are already not ready to give your 100% in the match. Lay low at all times and use crouching, crawling, sliding to remain undetected on the radar of your opponents.

Do not be afraid to lose a couple of matches. Hiding in a place forever is the worst strategy in paintball. Sooner or later, you will get hunted down. So, it is better to take charge and play aggressively. Stay with your team, and do not be afraid of pushing ahead when your team requires it under the fear of getting eliminated. Even if you die in the first couple of rounds, you will see your progress in putting pressure on your opponents.